Finding the Person God Has Made "Hungry" 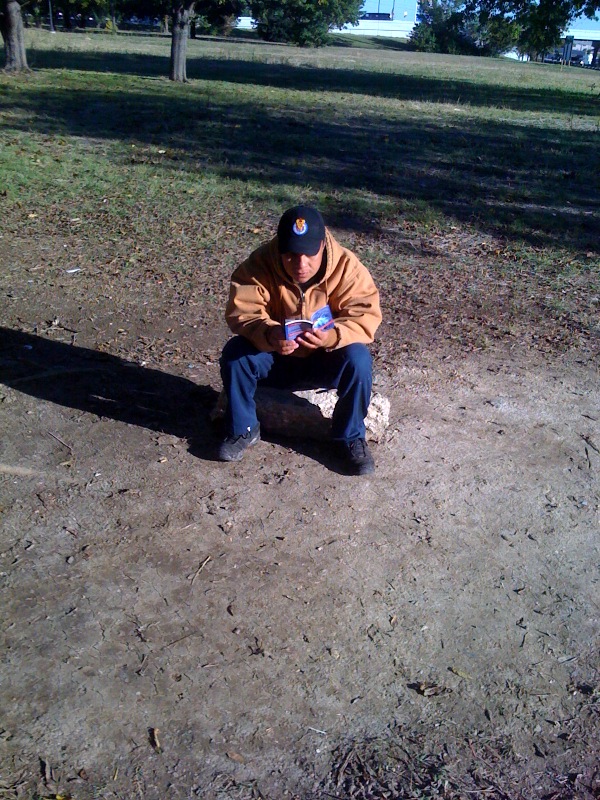 Note the influence of the four distinct factors in this church planting passage:

Please read the ten verses from Acts before you reflect on (or discuss with friends) the following thoughts:

Paul was just beginning his 2nd missionary journey here, and was obviously seeking the Spirit’s guidance to the right places and people. He was sensitive enough to God’s leading that he refused to go into an area if the Spirit redirected him. How refreshing. It’s not uncommon today for Christian leaders to plan a great endeavor “for” God, and then proceed whether the Spirit affirms the idea or not! God knows what you want Him to do, but what does HE want you to do?

So, don’t just race ahead with the plans that you have in mind, even if your motives are good. Rather, seek God’s definite direction and go to that group of people, even if you have to keep praying and waiting until HE makes the path clear. God already sees a person (or persons) whose heart and life He has been working in ... someone He has been making “hungry” for His love, forgiveness, and Lordship ... let Him guide you to that person!

As one church planter says, we should have a “prayer plan” for finding persons and starting churches, rather than an “activity plan!" God has a way of guiding us to the persons HE has made hungry for the Gospel when we take time to seek and wait on His leading.

I hear practical examples of this wise counsel from all over. A former missionary to Africa says his team quit going into villages and showing the Jesus film because too many who responded were only curious and didn’t stick with their profession of faith. Instead they began to pray that God would lead them to a “person-ofpeace” (Luke 10:1-9) ... a person God had made ready for their message or their mission ... a person who opened the door to his/her circle of relationships. Sometimes it took 14 months, and sometimes 5 minutes to “encounter” this person….but prayer was the key. The believers and churches started in this manner flourished.

Still another example comes from Alabama. A pastor planted 52 churches in five years in low income apartments, primarily by prayer-walking in the apartment complexes ... seeking the person(s) God had made hungry!

And how about Austin, Texas ... a missionary kid, now grown, began to prayerwalk in a “rough” apartment complex and after several months encountered two ladies who were open to prayer for their families needs. He started going by weekly to pray with them and soon one trusted Christ with her life. More family and friends began to join the weekly prayer time at her invitation. Within several weeks the “missionary” suggested they begin a church together in her apartment. She wholeheartedly agreed, along with 30-40 of her friends who started coming!

If prayer is the key to “connecting” with the person(s) God has made spiritually hungry ... in the Book of Acts, and in Africa, and in Alabama, and in Austin ... well, you get the idea!!!

Obviously prayer is more effective than events, activities, and advertising ... and costs nothing except our time with God.

So, what factors cause us to often catch ourselves praying a bit then quickly forging ahead with our humanly limited “outreach strategies?"

As soon as Paul got clear guidance from God he went immediately to that place…that group of people. But, even then he held off on proclaiming the Good News for a few days. It seems he was still waiting, praying, actively seeking, and watching for the person (or persons) God had made hungry for new life in Christ. If I had been there with Paul, I would have probably suggested that we gather a crowd, post some signs, or even have a drawing for one of Paul’s well made goat skin tents! But Paul was looking only for a God-arranged encounter with the right person…he searched, but waited on God to connect him to that person.

Finally, down at the riverbank, a place commonly used for prayer in that culture, Paul found a group of women. How many? Probably only a handful. No great crowd here. And, of course, women in this era were not considered equal to men. But Paul began a conversation with this tiny group of “God-searchers”, and sure enough Lydia’s heart was ripe to hear God’s truth for her life. She was a worshiper of God, but not yet a Christian. How long had God been working in her life? What circumstances had made her want to know more about HIM?

The same God who saw Paul trying to go the wrong direction also saw Lydia’s heart and readiness to hear Paul’s message, once he found God’s direction. HE brought the two together!

Lydia quickly invited Paul to speak to her household…her family, servants, and close friends…her circle of close relationships. Almost certainly she became the crowd-drawer, not some big advertised event. It was all tied together by prayer, God’s connections, and relationships…no money was needed!

Her family and friends also believed and were baptized. This hints that Paul was starting a church right in Lydia’s home ... how wonderfully simple ... how Goddependent ... how contagious it all was!

In Acts 16:22-34, God intersects Paul’s life with the local jailer at a time when both were in a life-crisis. God used that crisis to make the jailer “hungry” for something deeper in life, and this tough guy both trusted Christ and opened the door to his network of relationships, his household. I’m sure they saw a big change in their jailer husband/dad/friend. The jailer became the crowd-drawer and many were baptized upon hearing his story and Paul’s message. So, within days a second church was started in this previously overlooked circle of family and friends.

Why was the jailer not at the riverbank with Lydia? They lived in completely different social segments of the city. They worked at different times, went different places, and had totally different lifestyles, even as new believers their lives clearly did not mesh.

Would her homechurch and his join together now? Probably not. Though both groups would learn to worship, grow as believers, share, and minister to their community, they almost surely would do it in different ways and at different times.